Develop a High-load System Based on Node.js, Redis, and Cassandra

How to Develop a High-load System Based on Node.js, Cassandra and Redis

We had a serious task ahead of us - to develop a high-load system capable to collect and store massive amounts of real-time data submitted by oil rig sensors (1 000 - 1 000 000 devices sending data with any interval between 1 and 60 seconds). The end product also had to meet the following major requirements:

The system architecture is shown on the figure below.Here are the main parts of this complex software:

One of Cassandra’s distinctive features is clustering. We built a cluster consisting of four machines. The story of setting up Cassandra deserves a separate article. After configuring and balancing tokens for each node, we ended up with the following diagram in the OpsCenter (a visual management and monitoring tool for Cassandra): 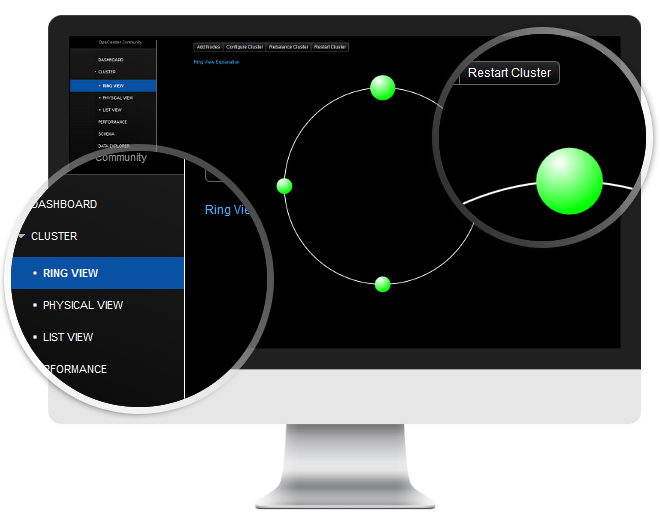 Circles represent the Cassandra cluster nodes. The green colour indicates that all of them are up. Even distribution of the circles denotes that the cluster is balanced.
We implemented the Web UI in Node.js and Express.js framework. Using Express.js allowed us to promptly create a robust Web API in order to separate the backend logic from the UI layer.The user accounts and settings are stored in MySQL. We utilized a Node ORM2 package to create data access logic. It is a very convenient ORM for Node.js that supports many relational and NoSQL database engines.

To avoid UI lags we created a cache run by the Redis engine. Redis stores the last N records received from local agents. The reasoning behind this decision is that Cassandra may contain millions and millions of records, and it also has known data filtering problems. Now we don’t have to pull data from Cassandra each time, we just get it from Redis.

The web UI contains several line charts and tables with real time data (it is updated every second). We set up an Apache Hadoop for analysing and managing the historical data. Hadoop is a perfect framework for working with big volumes of data. We utilized the Hadoop MapReduce module.

Why do we need all these technologies? Nowadays, we have to deal with increasing volumes of data that concerns various aspects of life: science, security, social networks, trading, etc. Due to the scalability and schema-free style of Cassandra we can use it to store any type of business models. We can do it in real time and guarantee data security, fault-tolerance and availability at all times. In addition, all of these instruments are free. So you can build high-load apps for your needs in a fast and convenient way.