What Developers Think of iOS 13

iOS is getting better and faster with every new version. At the WWDC 2019 the latest update to the iPhone operating system was announced, as well as the introduction of Dark Mode, Apple ID and renovated voice assistant Siri. For a fuller feature list, see the official Apple’s website. Today, it’s time to lift the veil on the technical advancements of iOS 13.

For a professional individual consultation with iOS developers, click here.

The developer’s view of iOS 13

We asked our in-house experts to share the results of internal tests of the new features and the iOS 13 environment. Today our colleague, the senior iOS developer Zhangali Pernebayev, shares his perception of how the innovations in Apple’s OS will affect mobile developers’ approaches.

Here is the look of code written using SwiftUI, which displays a list of landmarks with thumbnail, name, ‘favourite’ indicator and right arrow.

If you take into account drawing UITableViewCell, using Interface Builder implementation takes more time and code in UIKit than in SwiftUI.

In iOS 13, Apple releases the opportunity to record the output from the front and back cameras into a single movie file by using AVCaptureMultiCamSession. For our development team, this is an option which simplifies native Apple application creation.

Here’s an illustration of adding Sign In with Apple Button:

For detailed integration see this article.

SF Symbols provides over 1 500 built-in symbols which you can use in your app without downloading and storing the same figures. These comprise a set of over 1,000 signs, each of which is a highly configurable symbol designed to integrate with Apple's system font, San Francisco.

For example, here’s the usage of a built-in ‘gamecontroller’ symbol:

You can also adjust the weight and scale of the image:

With iOS 13 Apple has now its own built-in OCR and image recognition framework – Vision. It saves time, money, memory and nerves, preventing you from being dependent on third-party frameworks like Tesseract and SwiftOCR. No more integration conflicts, additional tests and regular updates. Everything will be seamlessly clear now.

Personally, for me it is the best framework in iOS 13, because it helps to gather information about the problems users are currently facing and record them in your own tools.

Here are some specific benefits of minimising resource usage:

Great news for those who use and enjoy Reactive Programming. It is the replacement for third-party asynchronous event-handling frameworks such as RxSwift and ReactiveSwift. It allows you to process values over time. Examples of these kinds of values include network responses, user interface events and other types of asynchronous data.

Overall, as you can see iOS 13 has many pleasant surprises for both users and developers. As usual, we are prepared to implement them shortly for our partners.

Check out our other materials about iOS. 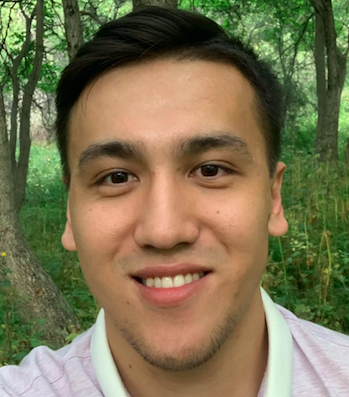