Welcome to “5G” networks, the successor of 4G, the next generation of wireless technology.  Although the exact speeds are still unknown, it promises to exceed 4G with superior speeds and much lower latency.

5G connections offer speeds up to 100 times faster than the current LTE or 4G, networks that however have not yet completed their deployment throughout the national territory. It is true that controlled environments and laboratories have been able to achieve speeds up to 250 times higher than current models.

The current scenario requires an infrastructural effort that supports the huge amount of mobile data and the internet to face the new challenges for the future. It will change everything. There is a roadmap established between the companies and the institutions involved (manufacturers, operators, network services, administrations, etc.) which foresees that by the year 2020 the first commercial networks for domestic use will be available.

Recently, Orange and Ericsson have carried out the first test of 5G. The objective was to show the benefits offered by this mobile connectivity. This test has achieved a speed higher than 15 Gbps, and the reproduction of 4K video, superior resolution, in streaming, motion, and urban environment. In that battle to reach the first, the operator Telia has announced the launch of 5G in Europe, using for the first time a network in a real environment, with commercial users in collaboration with Ericsson and Intel.

Imagine, your own car is calling your mobile

It should be noted that 5G not only implies faster transfer. There are even more benefits. It is designed to connect everything from cars, heavy machinery, to electrical networks. All this will be possible thanks to an impressive reduction of latency - the time it takes an electronic device to receive a packet of data from the server - a key factor when surfing the internet.

A great revolution in technology

Will It Need an Infrastructure of Its Own?

Experts insist that the existing LTE infrastructure currently serves as the basis for growing the 5G network, so that a large investment is not expected, at least at the outset. Nor, a will imply an increase in the price of tariffs, although it is something that is yet to be seen. It is unknown how the operators will monetize these connections in the future.

It is expected that the construction and deployment of  5G throughout Europe requires an investment close to 56,000 million euros. It will also have an economic since the creation of some 2.3 million jobs is expected. The 5G networks will, according to the plans of the European Commission, be a fundamental asset to compete in the world market. The resulting world income will reach the equivalent of 225,000 million euros in 2025.

What do these new connections entail?

It will have three key quantitative inputs: a reduction in communications delays, an increase in the flow of information transfer and improved coverage.

A couple of examples:

4G networks are designed for mobile terminals that consume large amounts of resources (calling, downloading applications, playing videos, maps). One of the uses for the benefit of all will be in the health sector, at least at the remote level. The problem is that, at present, regarding 4G, there are areas still not covered.

Thanks to such a fast network, the medical devices could be a net and the medical institutions can obtain data for analysis in real time. It would also benefit locations that can not afford an advanced hospital. These connections give rise to the emergence of autonomous drones, the start of the connected car, the popularization of virtual reality, industry-based robotics 4.0 and new cloud services the network that «will give better services of response. 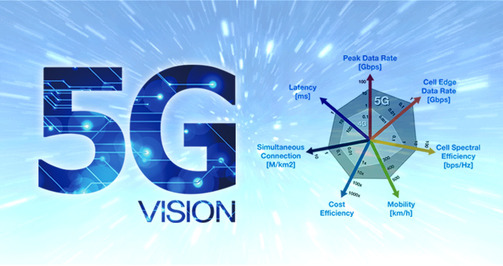 Thanks to this infrastructure and the tremendous flow of data that will flow through the 5G will allow to consolidate the era called "Internet of Things", which proposes that electronic objects "talk" to each other when connecting to the Internet, where robotic processes and remote control will be part of its day to day processes; and will serve to start the autonomous car revolution, as the vehicles of the future will transfer millions of data per second and will need to receive information from the environment to operate.

They have made it possible to remotely drive a small vehicle located 50 kilometers away and under a latency of 30 milliseconds, less than they are capable of capturing the senses of a human being. That way, the steering response, the image, were perfectly synchronized in real time, transferring a whopping 32GB per second between image and vehicle data. It's important by 2020, there will be more than 20.4 billion connected objects worldwide.

When planning your unique app, it is wise to think of the and prepare for it. With 5G, your options have now broadened. It is designed to connect everything from cars, heavy machinery, to electrical networks. It facilitates Internet of Things. And more.

If you are thinking of ways to take advantage of these tremendous speeds for your business, then give us a shout.