In our previous we began discussing the main new features of iOS 12. Let’s have a look at other business benefits the new release can bring. 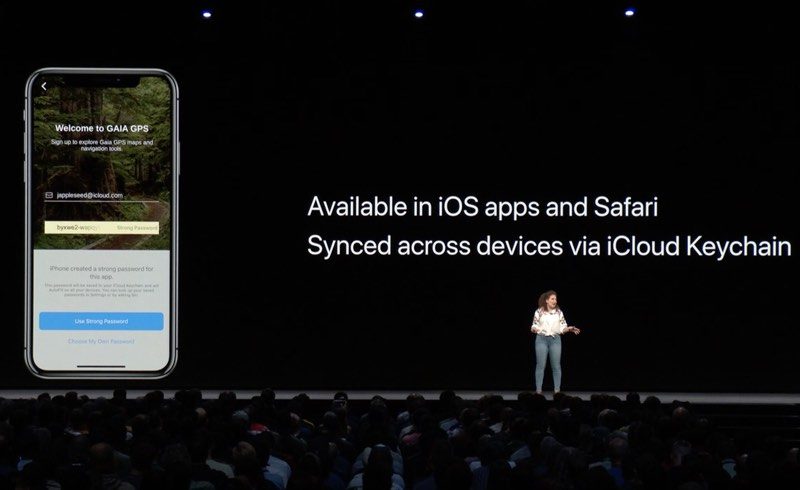 A whole new relevant framework has been added in iOS 12. Here a new native mechanism for the Single Sign-On principle has been implemented. If you’re providing a password management service, you’re now able to interoperate with the Passwords AutoFill function and input your records into it. The user is thus given a convenient and secure method of creating and storing passwords, without ever having to type them. Besides, it’s now possible to autofill SMS auth codes into native app inputs, which your users are gonna love!

If you’re running a navigation service or app, this is really big news for you, since it is now possible to integrate with CarPlay from any navigation app. For others, it offers nothing yet, but I consider CarPlay a potentially huge media content delivery channel just as Apple Watch was in its time for on-the-go tasks.

And again a whole new framework. This one is purely under the and might not sound like something big and interesting. Nonetheless, it changes a lot for particular use cases. If you’re developing a high-performance real-time networking app, like a text chat or a media broadcasting application – or maybe a multiplayer game – you really have to examine this new framework.

- What does this mean from a business point of view?

- The new development environment lets you cut about two weeks off the hard coding of initial technical things. With the Network programmers can start to implement the actual features of an app without the lengthy prearrangement and the overall cost of a complicated real-time game or app will be beneficially lower.

Using natural language as a mechanism communicating with the user is becoming a new trend. Some time before, it took years and millions of dollars to create such a system, one that could understand what a real human meant, and this system was something exclusive. Thanks to Apple, we’re now able to extract some knowledge from a natural language text for free inside any mobile app. You are given an opportunity to isolate separate words, distinguish parts of speech, and even extract the names of people, places and . If you have a suitable idea for such technology, don’t wait – go and use it!

This news sounds like something purely technical again, but in fact, affects a lot of projects. The thing is that Open GL|ES has been a de facto standard of games development for years, going back to the original iPhone. OpenGL is not unique to the iPhone, however, and actually arrived from the PC. That's why most cross-platform games have been based on it. Not only games, in fact, but any high-performance graphics — scientific charts, beautiful calendars, heavily animations… So if you have some of that, maybe it’s time to move forward and port the graphics into the Metal platform. This complication is the price of increased iOS graphics performance and hardware usage efficiency. Universal platforms, on the other hand, are never that efficient.

Apple makes available to app developers real-time access to the iPhone X TrueDepth camera system. It is now possible to implement visual effects and user interactions based on a 3D scene from the camera.

CreateML is a new framework for MacOS, which makes it possible to create and teach custom models for later with the . Machine Learning is not a simple technology for development, but things are moving forward and many more applications are incorporating it, making apps simpler to use. Having powerful instruments like also makes them simpler to develop.

Each year, as a new Beta version is made available, every app owner really should begin testing his app on the new platform. You shouldn’t fear many of the new bugs appearing in the first beta, as some of them may be caused by issues with the system itself. If you encounter the same for several betas in a row, however, maybe this is a signal to delve deeper and look for problems in your code. The app should work perfectly while a new OS version is made publicly available.

We’ve gone through lots of new features and technologies. Let’s remember what’s already here and what years ago and is yet to be widely adopted.

Our experience shows that not many app owners think of this. Don’t repeat others’ faults – go through not only latest iOS changes, but also through all the possibilities now available to you and that may be available in each iOS version.

User-facing features aside, development instruments evolve with the times as well. There are many innovations in this field coming in late 2018. And I, as one of the Magora development team’s members, wish to highlight the most intriguing upcoming language and IDE features.

Our department switched to Swift when it was at v3 for commercial code. Before that, it looked as though developers were taking money from customers and putting them on tech-support.

Developers had to use hacks, as there were no coding standards, design patterns or best practices yet created for the new language. And the language itself changed a lot for the first three years. If anyone implemented a simple application using Swift 1 and the libraries which were that time, several years later rewriting this app from scratch would be cheaper than supporting the old one. Now the language has become pretty stable and it takes less effort while migrating to a new version.

There have been a lot of surrounding Swift's ABI stability (binary compatibility) since its initial release. Most of the system and commercial 3rd party solutions are delivered as binary libs. With we had to use the open-source model, or else suffer supporting each individual compiler version, even a minor one. So, developing a proprietary library with Swift was never a wise decision.

There’s also a bunch of cool new language features and syntax sugar. To list a few, these include language support for regular expressions; first-class concurrency support with async/await pattern and an actors model. All of these (if they are in fact included in it) could make Swift 5 one of the most advanced and modern languages in terms of language-level features. It gives us the freedom to express quite complex things in a few lines of code. Supporting really complex systems thus become a lot easier and doesn’t require a developer to be Einstein. And that's how we moved forward from a simple command line utility that cost you a fortune several decades ago to the AR experience, deep ML and all the other things we have in a cell phone.

If you have a long-running product, just looking into hype technologies may not be enough. To stop your users from escaping to competitors, your app needs to become really comfortable and accustomed to the user. To achieve this, integrate with the iOS ecosystem as much as possible to make your app look like an essential part of your user’s phone, part of their everyday routine. No one ponders removing Safari, right? Try to become the same in your segment. And here we can help - contact us to discuss your app development project. 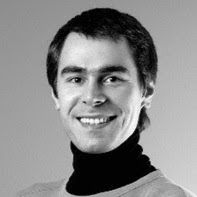