The mobile AI revolution is beginning to open up new and exciting possibilities for applications. Apple launches face detection features. And now Huawei presents its new Mate 10, the first mobile with the same brain as a wasp, a smartphone with Artificial Intelligence.

Smartphone Artificial Intelligence in a Nutshell

The Mobile Artificial Intelligence (AI) revolution promises to reshape things in the next few years. It will also be a revolution very different from what we have known so because it is no longer just a question of increasing the processing power of smartphones, but of a real concept change that involves giving our phones the ability to learn and decide for themselves the best way to function.

Up to now, the challenge had consisted of making processors smaller and more powerful, faster CPUs, more efficient processors, chips, in short, that multiplied their capacity of calculation, their graphic power, and at the same time minimized battery consumption. But mobile Artificial Intelligence is not about that. Or at least not just that. Our computers can, yes, make millions, or billions, of processes per second, but they will remain blind and alien to the world around them.

The human brain vs mobile AI?

This is precisely where the mobile AI puts its focus. Because it is about getting our smartphones to be able to "learn" directly from its environment, and also use what is learned to make their own decisions and be more efficient, in a way that no conventional CPU can achieve.

This promises to be the trend for the next few years. It has instigated a whole new technological war that already faces several competitors. For example, the maker of Qualcomm processors, with its recent Snapdragon 835, claims that it is already prepared for Artificial Intelligence. Other manufacturers of processors, such as AMD, Intel MediaTek or Samsung, have also joined, or are about to, this new technological race.

So far, it could be said that smartphones have benefited from artificial intelligence in an indirect way. AI in the cloud, in fact, is already a reality, and its applications are multiplying everywhere. However, its use from a smartphone is limited by problems such as latency, of platforms or privacy risks. Something that would not happen if the AI were not only in the but also "embedded" in the mobile itself.

Google, for example, has spent years working on Artificial Intelligence solutions in the cloud, and allows mobiles to enjoy them through apps like the popular "Photos", which we can ask, among other things, to show us in screen all the images we have of a specific object (cat, dog, paella, children.)

Another giant, Microsoft, develops simultaneous recognition and voice recognition systems based on Artificial Intelligence, while IBM continues to refine its Watson platform, a global knowledge system capable of answering questions formulated in natural language, performing analysis and relating data in a way that until now seemed impossible. All this, however, is very difficult to implement in a «smartphone».

With AI in full development in the cloud, Apple made a recent presentation of their new iPhone 8, 8 Plus and X. The signature of the Apple, in fact, presented with its new mobiles the processor A11 Bionic, the first of the company that integrated a "neural processor" able to analyze their environment and accordingly. In performance tests, the new chip literally destroyed its entire competition, with more than twice the performance and only half the battery consumption of others. Apple used the newly acquired "intelligence" of its iPhone to improve camera performance, and power consumption, but above all to present to the world a new facial recognition system, Face ID, totally different from what existed hitherto.

At the end of August, Huawei presented its new processor Kirin 970, the first that, along with the usual CPU and GPU, also has a Neural Processing Unit (NPU). Manufactured with technology, the new processor condenses 5.5 billion transistors in just one cm. square, and thanks to its by 25 the performance of other processors, with a power consumption 50 times lower.

If you open the camera of a mobile for 24 hours in a row, it will capture a lot of scenes. You can process those scenes on the network, but it will be a long and very expensive process in connections. But if you process them in real time, within the mobile itself, everything will be faster and cheaper, and you will use much less energy. Mobiles need to perceive the environments in which they are, to understand what they see and to act accordingly.

AI: What feature benefits the most? 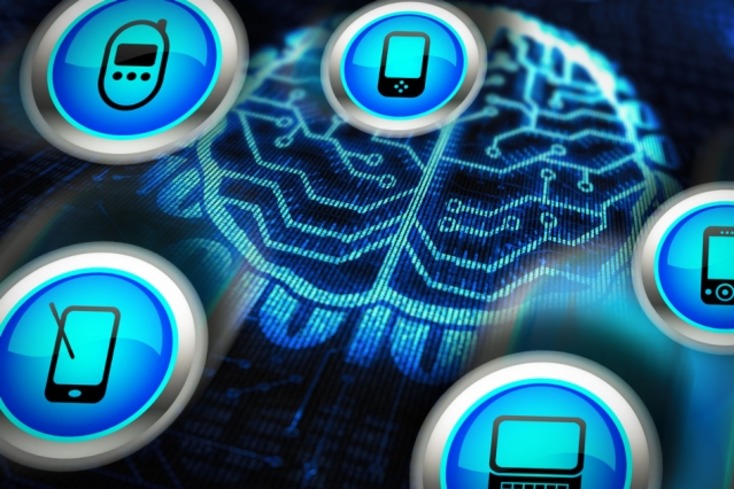 It is not surprising, then, that one of the main applications of Artificial Mate 10 is in the field of photography. The phone, in effect, is able to recognize what is in front of you when you open the camera: a face, a landscape, an animal, food, a moving subject, a night scene, and automatically configure all its parameters in milliseconds to obtain, on each occasion, the best photo possible. The phone also has the ability to learn as we use so that it never responds to a pre-set configuration, but changes it according to its "experiences. "Mate 10 recognizes, for now, 13 different types of objects or scenes, and reacts accordingly when detecting any of them. To achieve this basic knowledge, which is included from the factory, each smartphone has been "fed" with more than 100 million photographs.

Another possibility of the smartphone’s processor is  "real-time computerized vision" or enriched augmented reality, which is the possibility of obtaining complementary information about a photograph, or about what we see through of the camera. Thanks to AI, in fact, the mobile can tell us what building is on the screen, or what work of art or character. To do this, and without our noticing, the phone will download images (at a rate of 2,005 per minute) to compare with the one in front. In the same way, it will also be able to accurately recognize any text that appears on the screen and transcribe or translate it into any language.

Other facts about AI we have collected: In Google Pixel 2, there is an AI-powered feature - Now Playing. Connected with a database of songs updated weekly, the phone will tell you immediately what music is playing in the background by automatically pushing a notification on the home screen. No need to access similarly dedicated smartphone apps like Shazam.

By understanding language and images, AI will also boost Google features such as live translations and Google Lens; the Google search you can trigger by taking a picture.

Soon the mobile phone will be our assistant and can respond to mail, or even phone calls, for us. This is reality: an intelligent smartphone.