MySQL vs. PostgreSQL: which one is the best in 2019

MySQL and PostgreSQL are currently the most commonly used open-source relational database management systems. In this article, you’ll learn about the key features of MySQL and PostgreSQL database systems. We’ll discuss what’s new for these two systems in 2019 and outline key technical differences. Read on to see the pros and cons of each system and some use cases. This article is geared towards database developers and Information Technology (IT) professionals.

After nearly 40 years, Relational Database Management Systems (RDBMS) continue to be the preferred method for storing and managing data. While today there are other data models such as NoSQL and NewSQL, the relational database model continues to dominate the market.

The most widely used open-source RDBMS are MySQL and PostgreSQL. In this article, we will compare their features to help you choose the right RDBMS for your company.

The most widely used open-source RDBMS, MySQL was designed with speed and functionality in mind. Is easy to install and offers flexibility. Oracle acquisition of MySQL provides lifetime technical support and advanced features in their enterprise edition.

In April 2019 a new version of the MySQL Shell was released, which included the following features:

This RDBMS is considered to be the most advanced and powerful open-source RDBMS. Is designed to perform complex queries and deal with large amounts of data. They were the first to introduce multi-version currency control (MVCC) that allows several users to read and write in the database at the same time.

What’s New for 2019 for PostgreSQL

In May 2019, PostgreSQL 12 beta 1 was released with the following new and improved features:

Both systems are relational databases, and as such share more or less the same structure.
However, they do differ in their approach.

An object-relational database that focuses on standard compliance and extensibility. The core components of the database are tables, constraints, triggers, roles, stored procedures and views. PostgreSQL identifies each row in a table by using primary keys. It also supports many NoSQL features.

A relational database that uses tables, constraints, triggers, and roles. However, MySQL emphasizes functionality rather than compliance. The newer versions of MySQL also support some NoSQL features.

Indexes allow the server to find and retrieve specific data without having to search through the entire table.

Includes built-in support for standard B-tree indexes. In addition, it supports partial indexes, which lets it index only part of a table; it can also create an index from the result of a function.

Stores most indexes in B-trees, the exception being spatial data types that use R-trees. In addition, MySQL supports full-text indexes.

Replication is a process that allows data to be copied automatically between databases. Usually, there are “master” and “slave” databases, but some systems also allow you to copy from “master” to “master”.

Performs master-slave replication where one server acts as a master and the others as slaves.

Through MySQL Cluster, uses synchronous replication in a two-phase confirmation process to write the data in multiple servers.

While the MySQL community has been around for longer, the users typically focus on maintaining existing features. This database offers many community support options in MySQL.com as well as commercial support via Oracle. The database giant provides support 24/7, unlimited support for incidents, and remote troubleshooting for MySQL enterprise users.

There are several tools you can use to deal with postgreSQL admin activities such as role management, backup and restore; and tablespace management.

MySQL uses Workbench to integrate database administration tools into a visual console. In addition, there are several other commercial administration solutions, which strive to improve the functionality in SQL queries and web administration.

Nowadays, PostgreSQL and MySQL are the two most widely used open-source RDBMS.

While each has its strengths and limitations, a company should base their decision on their unique requirements. Although PostgreSQL is becoming more popular, MySQL is still on the lead with their Oracle supported development. 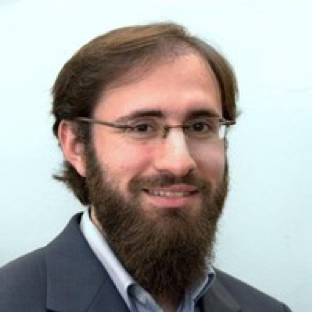