Google Wallet: how does it work?

Google Wallet: What, How, and Where?

What is Google Wallet?

Google digital wallet is an app that allows you to store a virtual version of your wallet, such as credit cards, bank account details, gift cards, coupons, tickets, boarding passes, etc.

The information is kept either on the device itself or in the cloud and may be used to make payments online and with mobile devices.

This is possible on sites that accept it, or you can make purchases in real retail environments using your mobile as if it were a credit card.

So in theory, you won't have to carry around a heavy wallet, with annoying change and numerous cards. But in practice, it may take a while before you can completely do away with your physical wallet.

An easy and simplified way of describing Google Wallet is an intermediary between the merchant and your payment methods, with the difference that they are stored in the cloud, securely and available wherever you have access to the Internet. At this time, Google Wallet does not charge you for using your service and it is announced that they have no plans to do so. 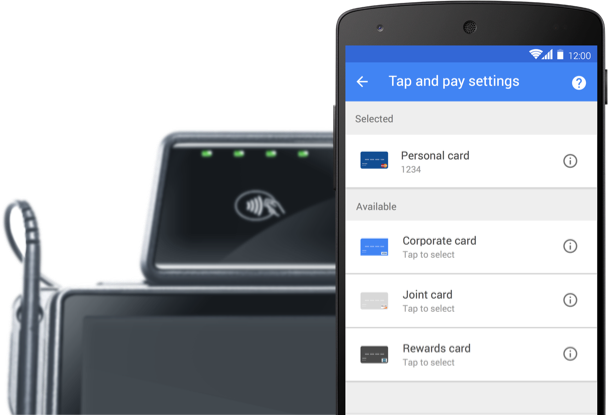 What is NFC (Near Field Communication)?

All this works thanks to the NFC, or Near Field Communication. What is this?

NFC is a technology that allows devices (such as cell phones) to communicate with each other wirelessly and could increase or evolve the way we use our phones.

Thanks to the NFC we could, for example, use our cell phone as a means of payment. It would simply mean having to bring your cellphone to an electronic reader and, wirelessly, and automatically, the transaction would be done!

NFC is also a way to convey information. This has even wider potential. Imagine, for example, you are in a museum. Now with the NFC, you could bring your device closer to a transmitter, and receive more information immediately, such as photos, videos, and more. The options that this type of technology gives us is very exciting.

Unlike Bluetooth, the NFC has a lower range, but it works immediately without complex configurations and consumes much less battery life. It is also becoming a standard, as several cell phones that have appeared this year have this technology. It is not a requirement yet, but I would not be surprised in a year, it will be.

The service has been launched in the United States. But there is no news about it coming to the UK. There been no announcements whether this may change in the future.

Understandably, given the difficulties involved in implementing and using this new payment method, we see this globally yet.
In addition, some countries are limited by the low availability of equipment that NFC requires.

We will keep you updated with the latest news, and inform you if there is any sign of this developing in the UK. Perhaps Google will surprise us. Who knows. We will have to wait and see!